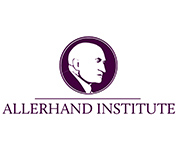 The Centre for European Company Law (CECL) was established in 2004 as an academic partnership initially between the Dutch universities of Leiden, Utrecht and Maastricht. Its original purpose was to help legal scholars and practitioners keep track of the rapid developments in company law at the EU level and also to assist in the understanding of the interconnectedness of company law developments at a national level. Having already established itself as well-known forum within the Netherlands for scholarship and discussion on European developments in the field of business law in general, CECL launched an internationalization policy in 2012 and welcomed Uppsala University in Sweden to the partnership in 2012, LUISS Guido Carli in Italy in 2013 and the Allerhand Institute in Poland in 2014. CECL has been running the European Company Law (ECL) journal (published by Kluwer Law International) for the past ten (10) years, many of the articles of which have been frequently cited in legal scholarship internationally. During the same time period CECL launched a series of books, the European Company Law Series (published by Kluwer Law International), already numbering several volumes that touch upon issues relevant to corporate and financial law. At the same time, CECL has organized a number of conferences and workshops bringing together scholars and practitioners from Europe and the US to discuss the latest developments in the fields of business law in general.

The Allerhand Institute is an independent research centre based in Kraków, Poland, which conducts interdisciplinary and comparative studies on the role of legal institutions in creating and working in economic markets, both in terms of the shape of the regulation and the institutional framework they create. The Institute specializes in private law, but other areas of research include commercial law, insolvency, civil, economic, financial and capital market law. These are areas of law, whose efficiency primarily affects the economic growth and prosperity of the country. Since 2012, the Institute has held 28 national level discussions with over 3,500 delegates and over 465 experts participating and delivering lectures on important economic and legal issues. Experts from the Allerhand Institute also take active part in the legislative works conducted by the Minister of Justice Team working on the amendments to the Act - The Bankruptcy and Reorganisation Law and the Consumer Bankruptcy Law.